Full Professor of Physics at IMT Lucca, and a LIMS Fellow 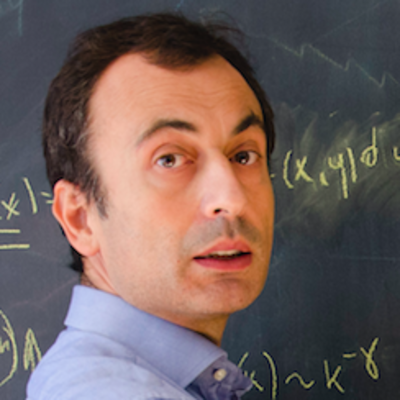 The Structure of Financial Networks

Financial inter-linkages play an important role in the emergence of financial instabilities and the formulation of systemic risk can greatly benefit from a network approach. In this talk, we focus on the role of linkages along the two dimensions of contagion and liquidity, and we discuss some insights that have
recently emerged from network models. With respect to the issue of the determination of the optimal architecture of the financial system, models suggest that regulators have to look at the interplay of network topology, capital requirements, and market liquidity. With respect to the issue of the determination of systemically important financial institutions, the findings indicate that both from the point of view of contagion and from the point of view of liquidity provision, there is more to systemic importance than just size. In particular for contagion, the position of institutions in the network matters and their impact can be computed through stress tests even when there are no defaults in the system.
We present an overview of the use of networks in Finance and Economics. We show how this approach enables us to address important questions as, for example, the stability of financial systems and the systemic risk associated with the functioning of the interbank market. For example with DebtRank, a novel measure of systemic impact inspired by feedback-centrality we are able to measure  the nodes that become systemically important at the peak of the crisis. Moreover, a systemic default could have been triggered even by small dispersed shocks. The results suggest that the debate on too-big-to-fail institutions should include the even more serious issue of too-central-to-fail. All these results are new in the field and allow for a better understanding and modelling of different Financial systems.

Guido Caldarelli is Full Professor in Theoretical Physics at IMT School for Advanced Studies Lucca, and is Research associate at the European Centre for Living Technology, Venice. His main scientific activty is the study of networks, mostly analysis and modelling of financial networks. Author of more than 200 publication on the subject and three books, he is currently the president of the Complex Systems Society. He has been coordinator of FET IP Project MULTIPLEX: Foundational Research on Multilevel Complex Networks and Systems (2012 – 2016). Coordinator of FET OPEN Project FoC: Forecasting Financial Crises (2010 – 2014); coordinator of FET OPEN Project COSIN: Coevolution and Self Organization in Complex Networks (2002 – 2005). Guido Caldarelli received his Ph.D. from SISSA, after which he was a postdoc in the Department of Physics and School of Biology, University of Manchester. He then worked at the Theory of Condensed Matter Group, University of Cambridge. He returned to Italy as a lecturer at National Institute for Condensed Matter (INFM) and later as Primo Ricercatore in the Institute of Complex Systems of the National Research Council of Italy. In this period, he was also the coordinator of the Networks subproject, part of the Complexity Project, for the Fermi Centre. He also spent some terms at University of Fribourg (Switzerland) and in 2006 he has been visiting professor at École Normale Supérieure in Paris.

Some of these cookies are essential, while others help us improve your experience by providing insights into how the site is being used.